Created with support from: 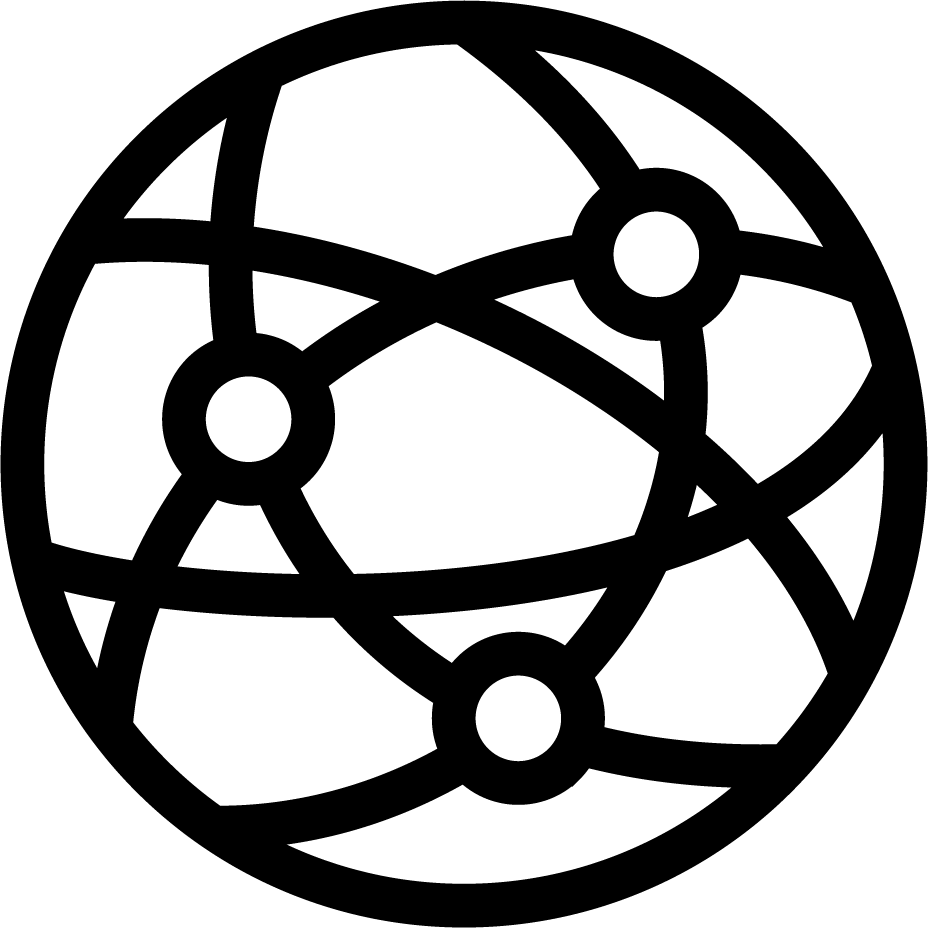 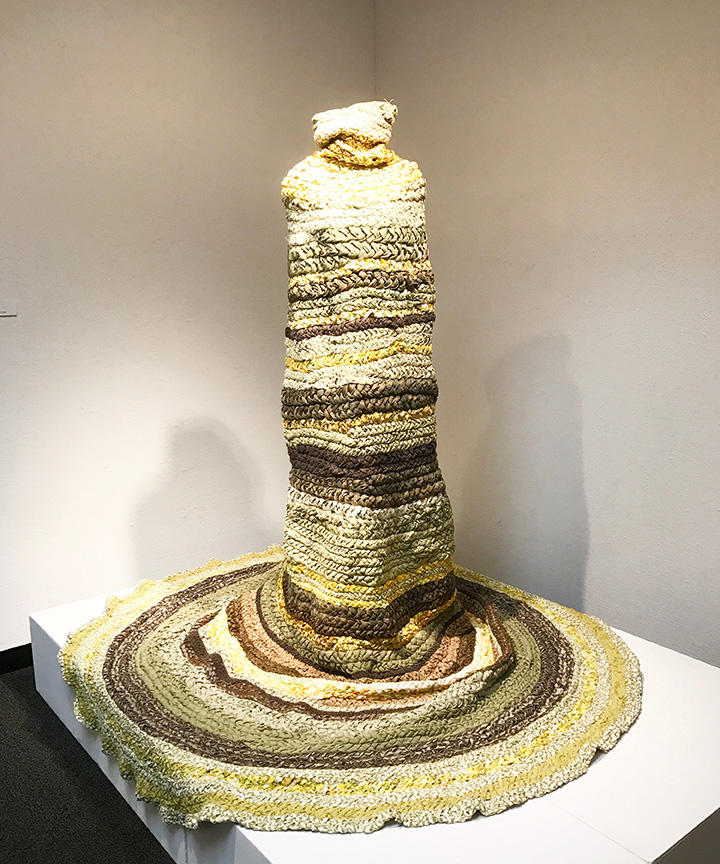 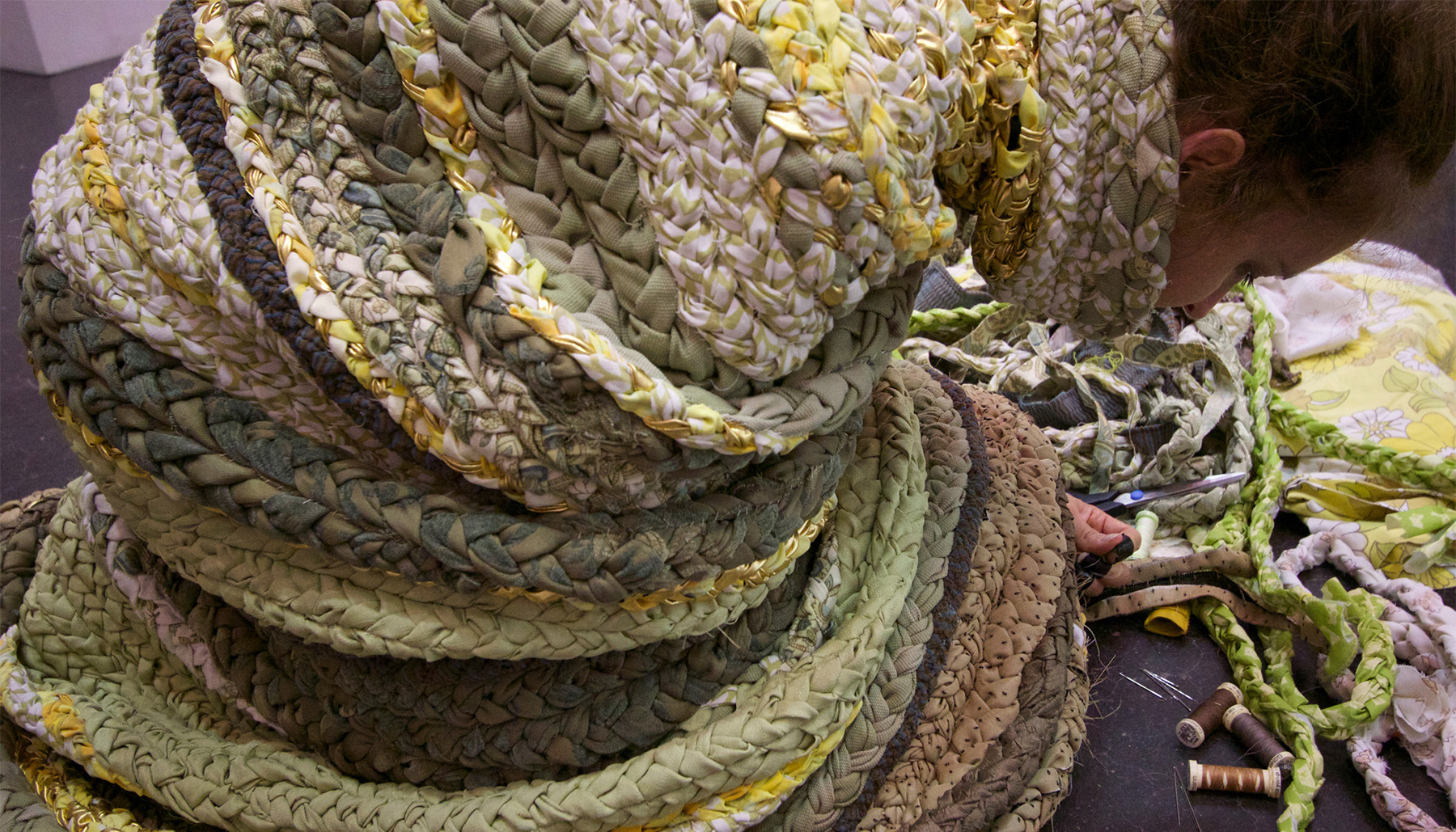 I have deep personal and cultural connections to Newfoundland and New Brunswick. My artwork is influenced by methodologies of material reuse, historical significance and story telling exhibited in the traditional colonial hand crafted rugs made in these areas of Eastern Canada. Body Coiling is a textile sculpture installation and sewing performance which references the large, coiled rug my family had in our home when I was a child. Fuelled by memory and contented nostalgia, this piece expresses a self imposed weight of expectation in the effort to maintain this feeling for my own family.

A continual work in progress, Body Coiling, is formed gradually, using slow craft practise and household textile reuse. Triggering tactile skin memory, the fabrics are used as material signifiers of cultural place and personal history. These are re-crafted through deconstruction, braiding and hand sewing to form a one directional, endless, spiralling configuration. When activated by the body, the domestic object moves and writhes-it is biomimetic, even wild.

By mapping this slow, high labour making, as well as what is understood about the function of rugs onto the body: warmth, insulation, decoration, the object stepped on, and beneath which matters to be concealed are “swept under,” Body Coiling re-crafts how we perceive, perform and experience identity and corporality. The colonial settlement artifact, re-made into that which is alive and changeable, underscores the agency of the object, and conversely, limitations to human agency.

Body Coiling calls attention to and disrupts the interior space it inhabits- a settler dwelling on European colonized, Beothuk indigenous land. How might the colonial footprint on these lands be destabilized, re-considered, and importantly, changeable on the way to truth and reconciliation with First Nations peoples in Canada? How might re-crafting traditional colonial making contribute to drive this reconciliation forward?

Valerie Carew (Toronto,Ontario) produces interdisciplinary art as an act of resistance to social and environmental severance through performance, body based sculpture, installation, painting and fibre craft practice. Immersive role-play and biomimicry are combined with sculptural rug making to express relationships with land and identity. Using the body as a substrate for art making, she incorporates personal memory and nostalgia to describe new futures defined by a greater connection to the wild. By re-crafting traditional colonial rug making, and re-using textiles with origins from home spaces, Carew hopes to unsettle the colonial footprint while designing a porous interplay between inside and outside worlds.

Carew is an award winning graduate from the Interdisciplinary Master’s in Art, Media and Design Program at OCAD University (2016) where she received two scholarships and the 2016 Outstanding Exhibition Award for her thesis Enclosure Movement: Comparative Dwelling and Embodiment. She is a recent recipient (2020) of grant funding from Canada Council for the Arts to participate in Craft @ The Edge, and has exhibited and delivered art talks internationally.